Affirmations to harness the power of your planets 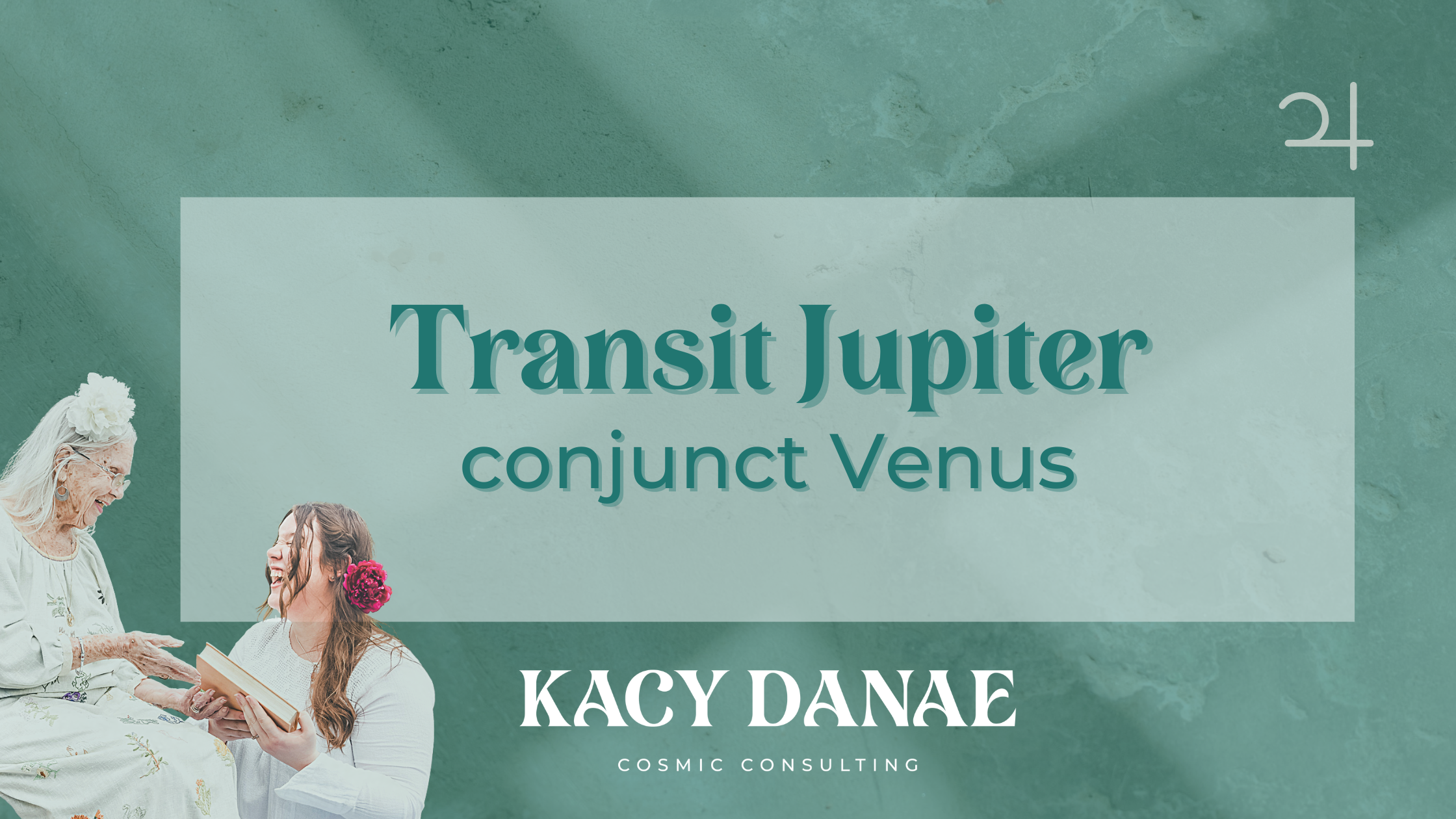 Jupiter and Venus together are considered the two “benefits” or bringer of blessings in Astrology. So it would make sense that Jupiter touching on your natal Venus would bring some sort of blessing, and that is usually the case. Let’s break it down by keyword. Jupiter = expansion and Venus = Receiving. So when Jupiter touches on your natal Venus you’re expanding your capacity to receive. Receive love, intimacy, money, support, energy and beyond.

But to do that, you’ll need to work with both Jupiter and Venus energy. Being open to believing things can be better than they have been before (Jupiter) and being willing to take down walls to your receiving (Venus). Sometimes this is physical blocks (not reaching out to someone for support) it can also be mental blocks (not believing that if you ask for support/a raise/ etc that you’ll actually get it).

Your job is to believe in a new paradigm for your life and relationships AND be willing to remove any energetic, physical, or mental limitations to you being open to receiving it. 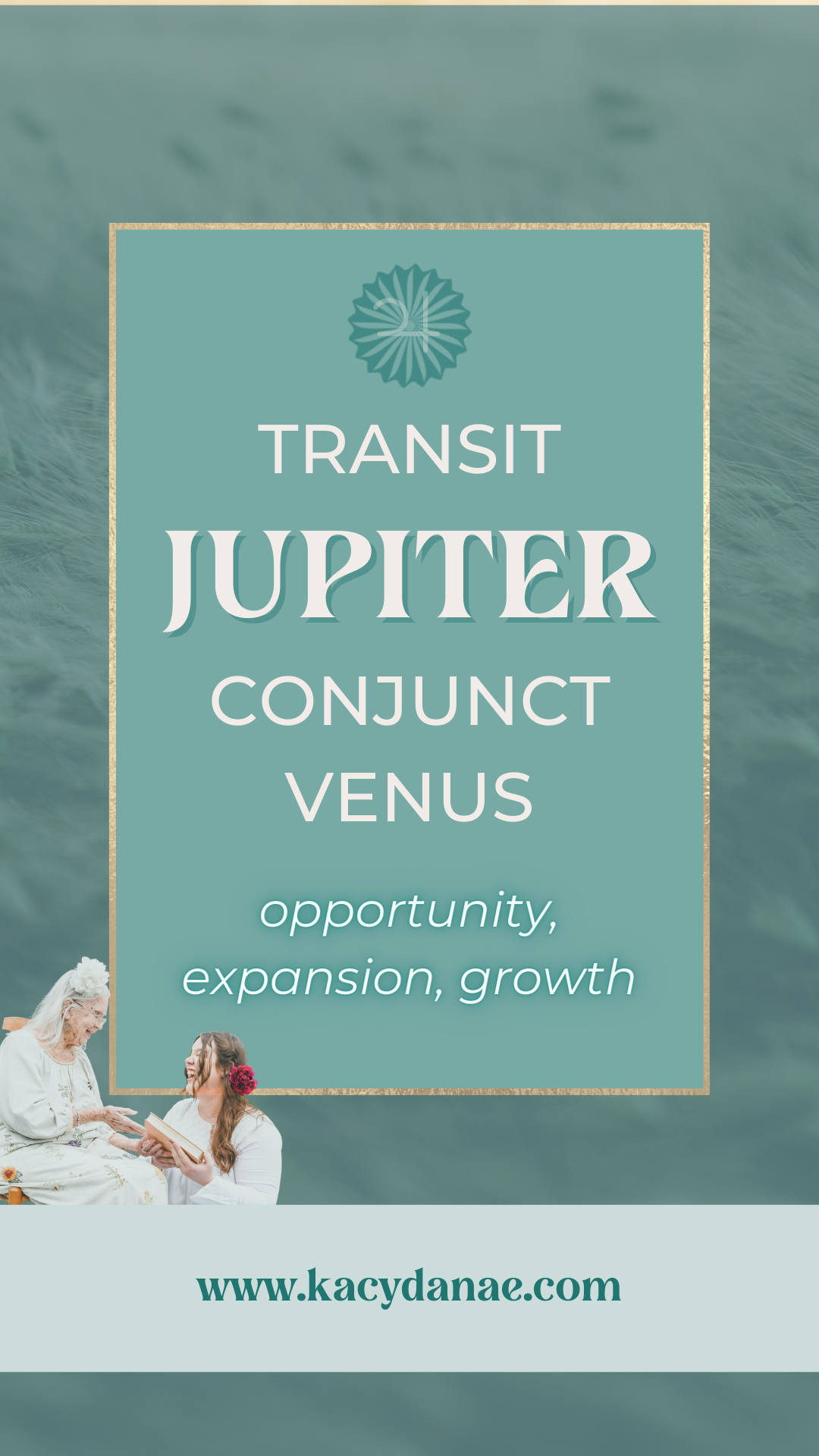 It’s time to dig deep into your beliefs about your relationships. Do you have beliefs that you’re unworthy of unconditional love? Do you feel like strangers or people in your circle secretly thing lowly of you? Often, those beliefs that we carry from wounding or in the unconscious actually do play out in our relationships. So it’s time for an upgrade. Do yourself a favor and believe that people actually want the best for you. That they speak and think of you highly in and outside of your presence. Believe that they will bring you opportunities for growth without expecting something in return.

Ideally you should also be active under this influence. Seek out relationship contacts and ask for what you do want. Say you want that raise. Say you want more time with your lover. But only after you’ve done the work to BELIEVE you’ll get what need or at least fully deserve what you’re asking for.

This begins a new 12 year cycle of expansion of your receiving powers. Treat this like a Super Manifesting Moon. Look out into the future, what do you want to magnetize to over the next decade?

Jupiter has outstanding media coverage. The planet of manifestation, gifts, opportunities, doors flying open out of nowhere. Which to be fair, are all Jupiter things. But Jupiter also is tied to the Wheel of Fortune card in Tarot. The wheel spins and the trick is to answer the question correctly to win the prize.

How do you answer (or respond) to a Jupiter transit in a way to win the prize?

There is a tendency with Jupiter transits to just sit back, spend your money, and reap your reward. But that is a mistake. Jupiter, like all the other planets want to see you RESPOND to it working in your life.

The house Jupiter is transiting through AND the house of your natal planet shows where to be looking for opportunity + expansion....

1st House - self image, sense of Style, ability to be a leader in your own life, confidence

2nd House -  self worth, money, trust in your innate gifts and talents being good enough to succeed in life

3rd House - your mindset, ability to relate to others, communication style, relationship with siblings

4th House - putting down roots, feeling like you belong, your personal mythology, family of origin

6th House -  health, daily habits, work life, being of service to the world in a meaningful way

7th House - relationships, boundaries/holding your ground with other people

8th House - sexuality, how you take on the energy of others, ability to cope with the realities of life such a your own mortality/tragic hardships we all face

10th House - your Mission in life, career moves, public Identity (how the public perceives you)

About the author, Kacy Danae

Kacy is a professional Astrologer. She learned her craft through Apprenticeship with Dorothy Ann Malkie, her teacher and friend. She believes Astrology is a premier tool for personal growth and healing. She offers Readings and teaches Astrology classes. Follow her work on Instagram for Daily Astrology Forecasts. 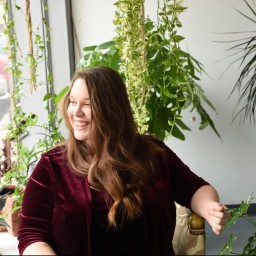 Kacy is a professional Astrologer. She learned her craft through Apprenticeship with Dorothy Ann Malkie, her teacher and friend. She believes Astrology is a premier tool for personal growth and healing. She offers Readings and teaches Astrology classes. Follow her work on Instagram for Daily Astrology Forecasts.

in your inbox every Monday